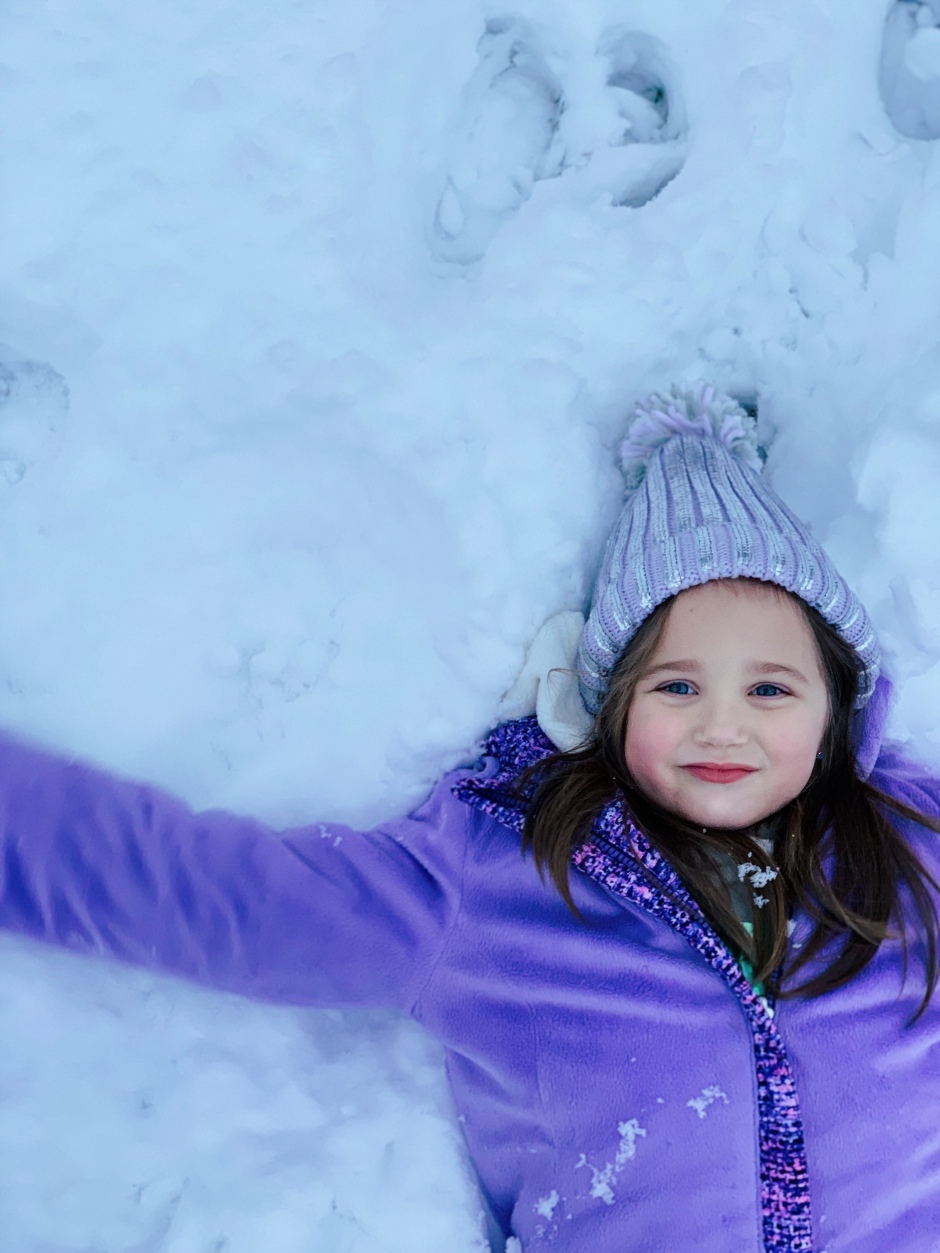 I’m back!!! I took a bit of a break from writing. I needed to remember why I started this blog, and why I needed to continue it. If 220 people read about my life, or only 2 people read it. Fine. Its still important to me, and it’s something I’ve longed to do for years. So why wouldn’t I keep up with it?! My 2019 resolution, is to write AT LEAST once a week. That can’t be too hard, right? Since my last post, a lot has happened, too much to bore you with so I won’t go there! Instead, I’ll share a bit about our snow day this weekend, and get back into my recipes, crafts and life hacks for the rest of the year. Sound good?

In Ohio, they tell us to expect 5-7 inches of snow and one of two things happen. It ends up being 60 degrees, or we get a quarter inch of snow. The weather man is NEVER right. Ever. I mean, who is this guy anyway?? So when they told us expect up to 7 inches by Saturday, and we ended up with over 8 inches?? Well. THAT was not expected my friends. The snow was literally deeper than my dog 😂

We actually had to dig him little paths to walk through. It was quite comical. My two little snow bunnies however, they were loving it! From the moment they saw a snowflake drop from the sky they were asking to build a snowman. And maybe I’m the worst mom ever- but neither one of my kids had any “snow friendly” gear. And the old “socks for gloves” trick doesn’t work for my kids. Anyone else have this problem??

Nothing a Target trip couldn’t fix! After the roads were clear of snow (and terrible drivers) we loaded up, and bought the last pair of snow bibs and water proof gloves. Apparently I’m not the only one slacking in the warmth department at the last minute. Who knew. Maddox had no such luck. So I bought him baby gloves to at least try and keep him warm. He refused to keep them on. So we improvised. And he didn’t wear them. Life with a two year old.

I shoveled our drive way before we left. And Maddox was terribly disappointed that he couldn’t lift the giant shovel to help. So when we stumbled down the snow aisle to find a bright green shovel, just his size? It was evident we were bringing it home. Look at that face! I’ve never seen a baby so happy to work have you? 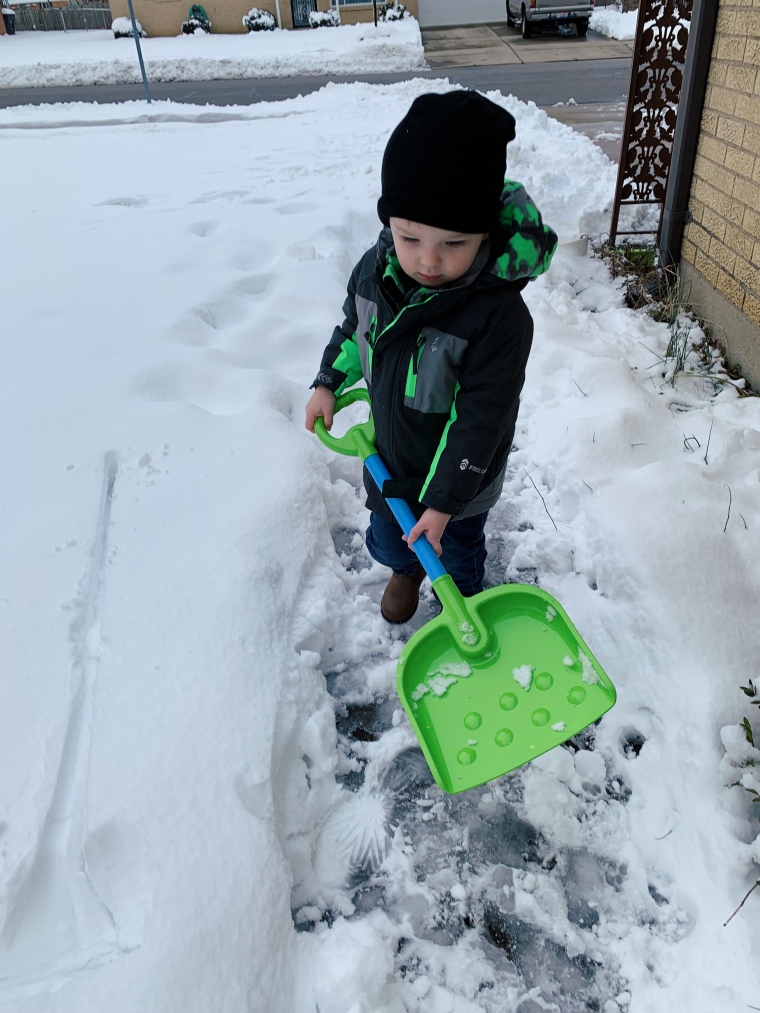 Apparently it doubles as a good snow taste tester as well!

Also- pretty sure we made the world’s most pitiful– I mean FANTASTIC snowman you’ve ever seen. 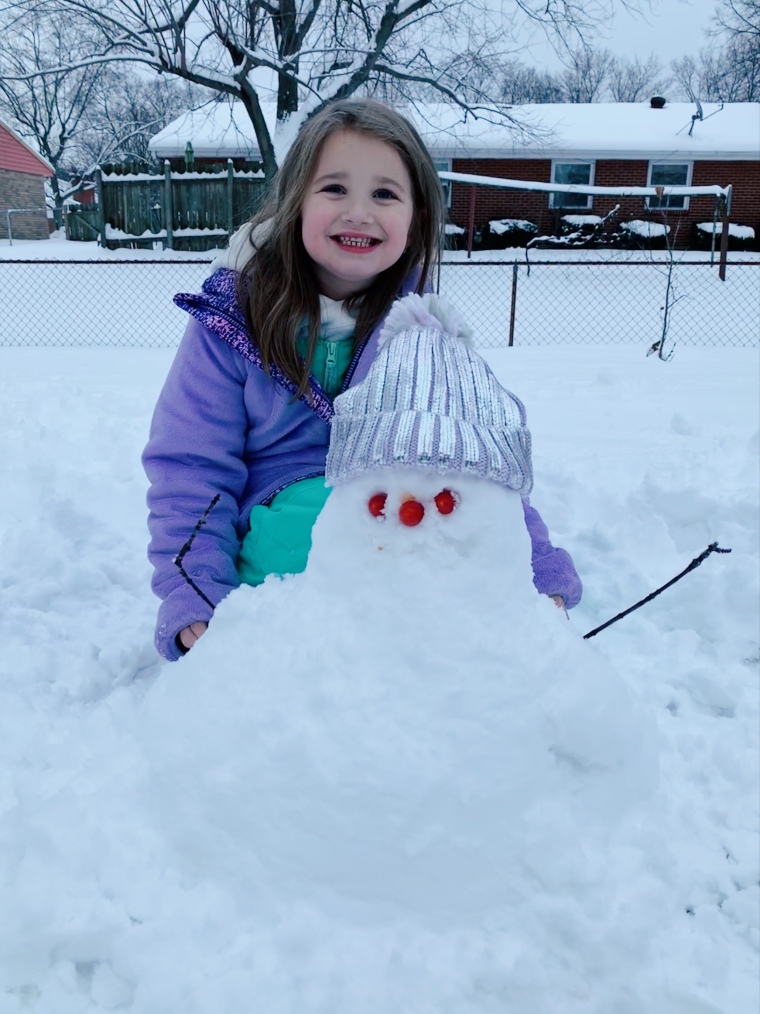 She’s so proud of him. Cherry tomato eyes and all! 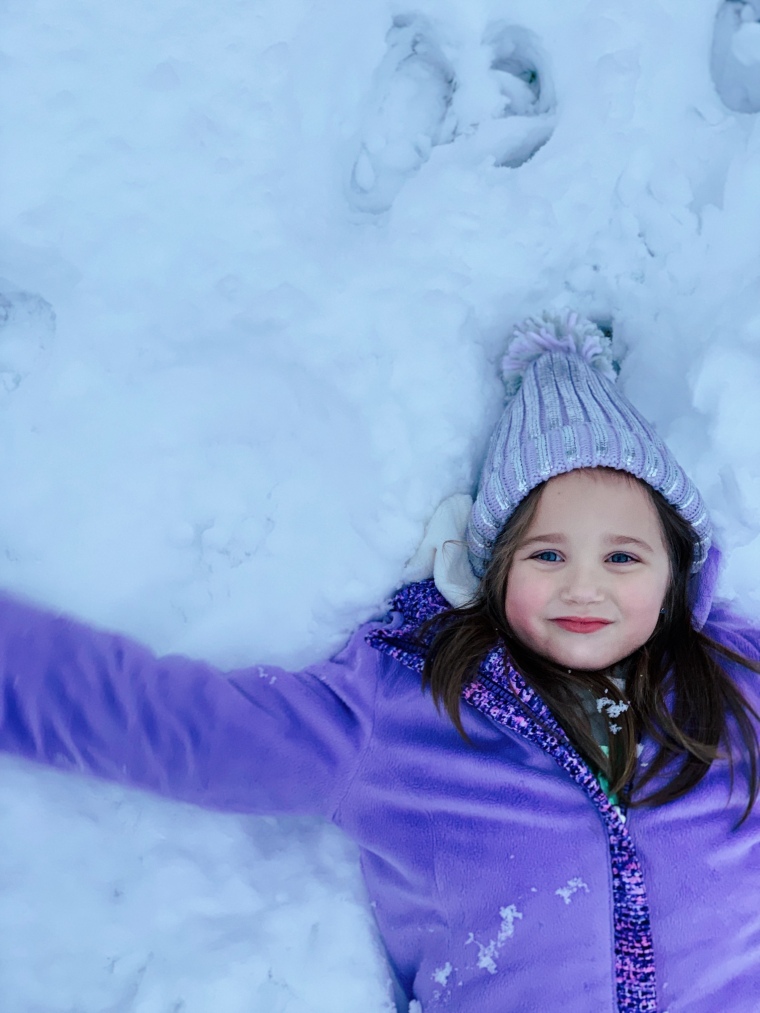 After about 30 minutes of freezing, and falling in the snow a dozen times, it was time to make one last snow angel, before heading inside to finish off the day with hot chocolate and snuggles.

This guy has the right idea! 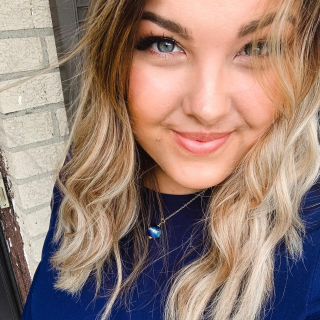 It’s about to be festive in here! 🙌🏻 I needed something to pep my spirits. I’ve been in a funk for weeks and I can’t seem to get out of it no matter how hard I try. So right now, I’m just living through it. Existing. Anyway- We’ve been collecting these glass ornaments the last couple of years. I used to imagine a beautifully decorated tree with ribbon and matching ornaments that would be perfect for a Country Living magazine cover. But then - I had kids. Their little faces when they get to pick out a new ornament each year trumps all other ideas of the perfect tree I had in mind. How long has your tree been up? Or when do you put yours up? Ours goes up earlier and earlier ever year 😂❤️🎄
Happy Halloween insta fam! We’ve spent the last 3 years suffering in the cold or rain on Halloween. Not this year! We drove house to house. Had the heat on blast. The kids hopped out, got their candy. Came back and warmed up for 30 seconds and we went on to the next. It worked wonderfully. So great that we made it 3 streets this year! Max was done after about 4 houses when they told him they ran out of popcorn and he was not having it 😆 Amelia was a real trooper though! And with so few trick or treaters out, they were handing her handfuls of candy and she was ecstatic!!! Ready for next year 🧡🖤
We’re on day 2 of our vacation and these kids had me ready to pack my bags and head home last night. The constant whining and complaining about everything from the color of socks they have to wear to the shape of the chicken nuggets they got for dinner. Its honestly been more of a headache and our weekend family getaway has turned into “when can I get away from these damn kids?” 😅 I love these kids. And I know they’re growing fast and I’ll miss these days, blah blah. But holy cow. If someone out there could just send me some good kid vibes I’d be forever grateful. Or just pour me another glass of wine 🍷 . . . . . . . . . . . . . . . . . . . . . . . . . . . #momlife #gatlinburg #mom #mommyandme #mommyblogger #moments #momproblems #reallife #kids #kidsofinstagram #anakeesta #gatlinburgtennessee #momsofinstagram #momblogger #mommyhood #motherhood #momswithcameras #sendhelp #goodvibes #momlifeisthebestlife #parenting
Yeah, we’ve been through some really dark parts of life together. Like really dark. And I’m not just talking basic life issues like kids and bills. I’m talking mistakes that people should never make. We’ve hurt each other in more ways than any couple should. And the people who know about these said things, like to remind me that my cute, happy photos of us are bullshit. But I’m here to say this- my relationship with my husband is real. All the cute photos and quotes and things I talk about him, are real. Regardless of mistakes we make or ways we screw up, at the end of the day, we are both working hard to be a better human for each other. Are some relationships toxic and necessary to get out of?? Absolutely. Mine isn’t one of them. When I was in my darkest time of my life and I was considering ending my life? My husband was there for me. At the end of a long day when I’m at my end and holding on by a thread, it’s my husband that picks me up and puts me back together. Our relationship is messy, and maybe even a little out of the ordinary. But I can look at him and I forgive him for mistakes he’s made. As he’s done for me. We both suffer from mental health issues that make our jobs as spouses ten times harder. What makes us different is that we don’t give up on the other one when times get tough. We get through it, and our relationship gets stronger through it every time. To be honest, I don’t need to explain myself or my relationship to any person, family, friend or stranger on the internet. But I am. Because I hope that someone else out there feels the same way and knows that it’s okay to not have a perfect relationship. So - Cheers to being two equally screwed up people in a world of perfect expectations. ✌🏻 . . . . . . . . . . . . . . . . . . . . . . . . . . #momlife #realtalk #relationshipgoals #relationships #facts #judgementalpeople #judgeme #mommyblogger #truthhurts #truth #truthbetold💯 #mentalhealthawareness #mentalhealth #mentalillness #support #marriage #marriedlife #married #relationshipissues
Less than 24 hours until we will be in Gatlinburg!!! We’ve been blessed this year to be able to take so many mini vacations on a whim. Garlinburg is such a great, easy weekend getaway. Three days is just enough. Go see some gorgeous mountains, eat some delicious food, and most importantly, spend time with the ones you love. This is Max’s first trip away from home that he’s really been big enough to understand what we’re doing. And then we will be back to finish off our Halloween festivities! 🎃 To say October is my favorite month would be an understatement. 😆
I am obsessed with my finished mantel. It’s been a LONG process in the making. I bought this mantel LAST SEPTEMBER!!!! At the @springfieldextrav y’all. It’s been that long. First I painted it in white chalk paint. Kyle hung it up where it stayed for this long. Until it’s finally had the finishing touches it needed and has been decorated to its full potential. Happiest mama ever right now. We were talking about moving 5 seconds ago, and now I don’t want a house without my mantel 😅😂 Swipe left to see the before! . . . . . . . . . . . . #momlife #mom #momproblems #homedecor #homesweethome #mantledecor #manteldecor #fireplacemantel #mantelmakeover #homesweethome #DIY #decor #decorationideas #halloween #halloweendecor #halloweenhome #beforeandafter #vintage #antiquemantle